The History Of That Great Invention Student Accommodation 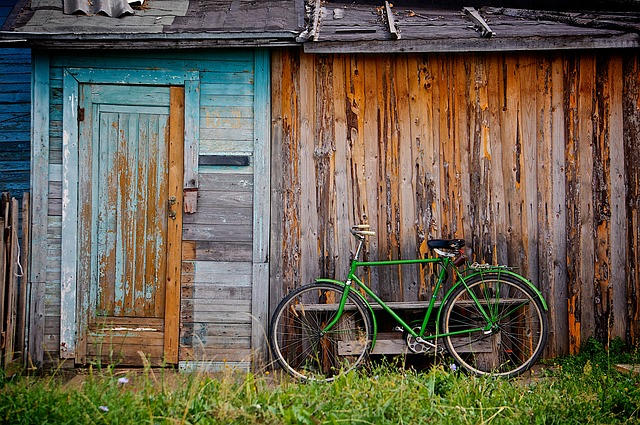 Dormus pauperums , bless you! Or is that a Harry Potter spell? No, it's Latin for dormitories for the poor, in this case, the 'poor student's accommodation'.

This is fifteenth-century stuff folks and it's genuinely what accommodation for poor students was called - the university you could find them at, was Oxford.

Enter the monks - they're good at running things, diligent action is their thing and they used it by the start of the sixteenth century to run the first known halls of residence in German unis. They called them Bursen. By the way - it doesn't take too much imagination to see that it's a word related closely to the word 'bursar'?

Basic beds and bedding, no bathroom with running tap water or showers etc, you get the idea. If you've seen those TV shows on Victorian slums, you'll have more of an idea of how basic, basic is.

Not to be outdone, because they rarely are, the pre-independence Americans got the student dwellings up in the form of Residence Halls in 1636.

You may have heard of the little known American uni where these Residence Halls were constructed: Yep. Just a small place called Harvard.

From then on, Yale, Princeton and the rest started to build their own halls - student accommodation located close to the universities themselves was becoming a thing.

Fast forward to the 1950s and hey, things are really moving on in the world of accommodation for students:

By the way, women were allowed in at the turn of the 20th century - about time, huh?

In the 1950s there was an explosion of interest in bettering yourself among both men and women and therefore more university places required, which naturally meant more rooms required to rent.

This, in turn, was a boost in trade for builders and all the associated trades. There soon came a point when demand outstripped supply and other alternatives were required.

These alternatives were trailer parks and they converted hotels too. Basically, anything that gave a shortcut by using existing buildings.

Anybody who knows even a little bit of history will be aware that the 60s were a boom time for all sorts of areas of life.

Perhaps most importantly, it was the decade in which all the E. H. Group owners were born? But apart from that, the hunger for individual independence became all the stronger, more houses and flats needed in general, let alone the needs of students.

Now was the time for all people to make their voices heard and be counted. In America, the civil rights movement was underway and it was about time that no matter what colour you were or whether you were disabled or not, you could attend uni in the US and in our case, the UK. And that meant even more student lets were needed.

Call them co-ed, call them unisex, call them mixed accommodation, whatever - the seventies was the decade when this became more commonplace, as, of course, it is today.

Still relatively basic and as with the student rooms in the sixties, nothing much in the way of luxury. In fact, if you talk to your mum, dad, aunties, uncles or even grandparents, they'll tell you how basic things were and how good students have got it now by comparison. And if you want to get you a better idea of accommodation in the UK from the 60s/70s just check out a sitcom called Rising Damp. Aptly named, according to your elders, I think you'll find. It's also a pretty funny series.

All of this history dovetails to the present day and one of the big developments and the thing that led to more and more private landlord owned student residences was the home computer revolution.

Although it started in the seventies it really started to hot up in the eighties. Yes - this was the era of the ZX Spectrum, Commodore 64, BBC Acorn Electron, Micro and the rest.

These didn't have built-in screens like your laptops, IPads etc of today, no, most people used their TVs or a separate screen. And then there were extra peripherals like printers and disk drives. I'm not getting all nostalgic here for the sake of it, no, there is a good reason for pointing all of this out and that is, that combined with other innovations in white goods and more each dormitory, halls of residence and so on had to have more wiring added to cope... and that's not an easy, quick or cheap job.

The 90s saw this technological advance continue however I can assure you that the time for laptops and tablets was still a way off and so the need for rewiring continued and the era of private student accommodation based in normal streets among the real-life public continued.

While all houses that existed before this time needed rewiring to a smaller or larger degree, it's still easier to rewire a whole house than it is to do the same to a large student complex made up of many dormitories and single rooms.

So here we are in the present day - there's now a lot of choice in student accommodation and Canterbury is just one of those many cities that have benefited from the evolution of student housing through the years.

Now we are not only talking about luxury relative to how things used to be, but actual luxury and this will probably only get more so as time goes on.

When you find good value, suitable student rental accommodation with good landlords who listen, this is a great time to be a tenant in a proper residential student-oriented private house. And if you rent from us you can also be sure that you and future tenants will benefit from innovations for the future of student accommodation.